Surrounded by four computer monitors, Nightingale Elementary teacher Lauren Kullman joked that she felt like she was producing the Emmys. But it was just the first day of school.


As Chicago Public Schools on Tuesday began fall quarter with remote learning, most educators were teaching from their homes, though some went to school buildings in order to stream lessons from their classrooms.

Kullman is married to a special education teacher, and the couple has a 5-year-old starting kindergarten along with a younger child.

“Our house is embracing the chaos,” she said Tuesday. “… We are just so grateful that we are remote. The challenges we will face are nothing compared to what we could have faced in an unsafe environment.”

But she said not all school employees were spared from that. At more than 100 CPS buildings, clerks, technology coordinators and clinicians have reported unsafe conditions or lax enforcement of safety protocols, according to the Chicago Teachers Union.

While Kullman was speaking at a CTU press conference, she got a Google notification from a fifth-grade student, telling her good morning.

“They’re excited,” Kullman said of her students. “I’m excited. The thing I’m most nervous about is, not seeing some of them for the past six months, and really checking in with them.”

The Gage Park area near the school was hit hard by the coronavirus, Kullman said, and she doesn’t know how all of her students’ families are doing.

“I don’t know if people lost people; I don’t know where they are with food insecurity,” she said, adding that she plans to start the year off focusing on her students’ social and emotional needs and making sure they know she is there for them.

“That’s going to be my driving force, for as long as I need it to be,” she said.

Her biggest fear as Tuesday began was that she’d run into a technological hurdle, like her internet going out.

As for whether her students all have the tools they needed to participate, Hike said, “I think today is the day that we find out.”

Over the weekend, families were still trying to get computers and internet. Even as CPS is trying to get every student a laptops or tablets, distributing more than 128,000 starting in the spring and another 18,000 in recent weeks, some parents spent the holiday weekend figuring out how to get one after their school ran out.

One grandmother said she had to talk to four people over the course of five days in order to pick up a hotspot for her grandchild. And after an email from Simeon High School administration informed families they had “exhausted” their inventory of computers last week, on Friday families were told more computers had arrived but could not be held for everyone and were available on a “first come, first serve” basis, according to emails provided to the Tribune.

Since Mayor Lori Lightfoot in June announced a $50 million plan to provide free high-speed internet to more than 100,000 Chicago students, just about 25,000 have been signed up, according to CPS. District staff said they tried to contact eligible families over the summer by email and regular mail, robocalls and text messages. But some families in need of internet have reported finding out they weren’t eligible.

Tuesday morning, Lightfoot and CPS CEO Janice Jackson visited King Elementary School in Englewood and spoke at a news conference in the library.

“We’ve published that criteria and we have said if there are additional slots, we will make them available, but we have to exhaust the list of eligible families,” Jackson said. “We also think it’s important for people to note that many of the internet service providers have offered really affordable packages for families. If there is any family that isn’t eligible but in need, I would encourage them to contact their school principal. We can help them figure this out.”

Students who have technology problems won’t be counted absent, and Jackson confirmed teachers are asking them to keep their cameras on during live instruction.

“The whole purpose of us asking for cameras to be on is really to engage,” Jackson said. “We were just talking to teachers upstairs who talked about the fact that they have high expectations for their students. It’s really hard to engage students without being able to see them.”

With the cameras off, it’s harder to tell if a student has a question or if the message isn’t reaching them, and many students have been glad to see their friends, Jackson said. “I don’t think this is going to be an issue,” she said.

Also for fall quarter, CPS is increasing the number of grab-and-go meal sites to 450. Over the summer, meals were available for pickup at 277 schools. Pickup hours will be 8 a.m. to 1 p.m. Monday through Friday, and CPS will have meals delivered to families that can’t make it to one of the sites its online map.

Reminding families that schools will track attendance, CPS is asking parents to check that their children have active CPS accounts, and to let their schools know if they need support; update their contact information; and make sure they’ve turned in any required forms.

Last week, CPS started offering training sessions in both English and Spanish for parents who would like to learn more about Google Education tools.

More information on resources for parents during the upcoming school year can be found on a new webpage, cps.edu/reopening2020.

Visit the Chicago Tribune at www.chicagotribune.com

Fri Sep 18 , 2020
By Emma Bryce Sixty years ago, Tasmania’s coastline was cushioned by a velvety forest of kelp so dense it would ensnare local fishers as they headed out in their boats. “We speak especially to the older generation of fishers, and they say, ‘When I was your age, this bay was […] 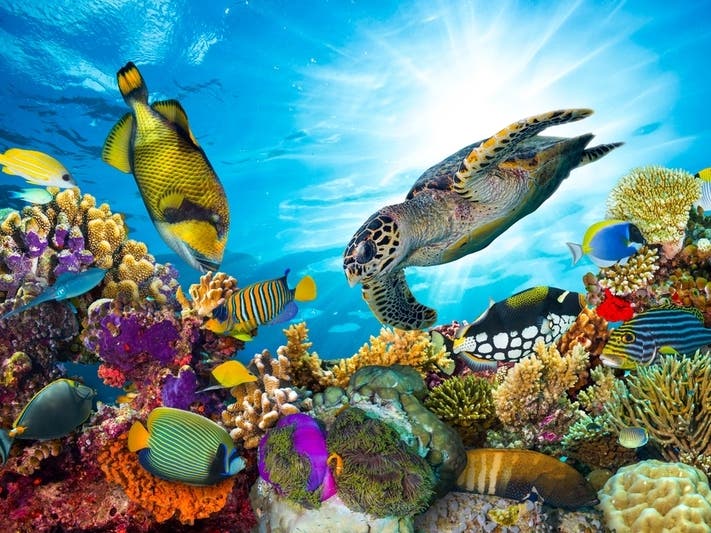