Bill Gates lambasted the US government’s response to the coronavirus pandemic in an interview with STAT, a health news website. “You know, this has been a mismanaged situation every step of the way,” Gates told STAT. “It’s shocking. It’s unbelievable — the fact that we would be among the […]

Bill Gates lambasted the US government’s response to the coronavirus pandemic in an interview with STAT, a health news website.

“You know, this has been a mismanaged situation every step of the way,” Gates told STAT. “It’s shocking. It’s unbelievable — the fact that we would be among the worst in the world.”

The Trump administration had made multiple mistakes in COVID-19 testing, mainly in the speed in which results are returned, the Microsoft co-founder and philanthropist said.

During the early days of the pandemic, the Bill and Melinda Gates Foundation wanted to be involved in setting up testing procedures. They insisted that commercial laboratories be paid for their work if they returned test results within 24 hours, Gates said.

But that time frame is rarely met. Test results returned after more than 24 hours do little to stop the spread of the virus.

“I’ve been saying this and I just don’t get why it hasn’t changed,” Gates said.

Gates also criticized the continued use of deep, nasopharyngeal swabs, which are uncomfortable for people being tested. Gates said his foundation’s research showed swabs rubbed inside the nostril were just as accurate and were easier to use, and didn’t cause people being tested to cough.

“But even today in this country, that’s not 100% [of the tests],” Gates said. “So, you have health care workers getting coughed on and people are reluctant to take the test because of that obsolete approach is still quite prevalent.”

FDA Administrator Stephen Hahn came in for special criticism from Gates for making inaccurate statements about a Mayo Clinic study that showed a 35% survival benefit from using convalescent plasma for people with COVID-19.

Gates said Hahn grossly overstated the results of the study.

“This is third grade math. I mean, are you kidding?” Gates said. “The head of the FDA got up and said it was a 35% death reduction where it’s not even a 3% reduction based on just a tiny little subset that was nonstatistical. This is unheard of.”

Hahn later admitted he mischaracterized the study and said criticism of his “misstatement” was justified.

Gates did have praise for one area of the administration’s response to COVID-19: Operation Warp Speed, a program started to fast-track development of coronavirus vaccines.

Tue Oct 6 , 2020
Google has sent out invites to its next product showcase, dubbed “Google Launch Night In”, where the Californian company has promised to reveal a “new Chromecast, our latest smart speaker, and our new Pixel phones.” Sounds like a pretty packed night. Unfortunately for Google, some of the biggest surprises of […] 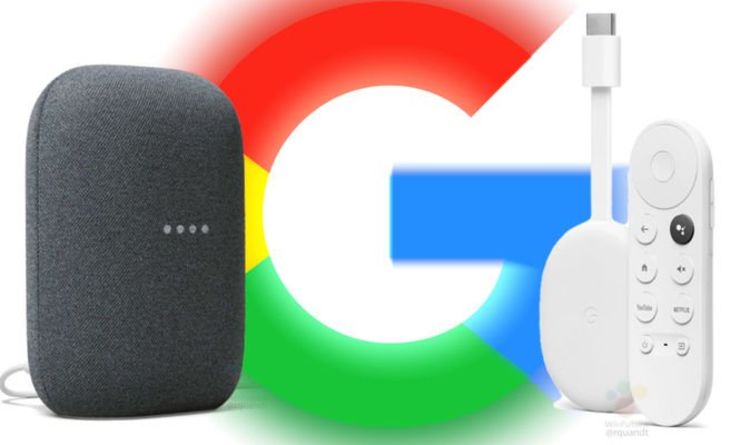