Discovered by the Lost 52 Expedition Team

After almost 75 years utilizing advanced imaging technology, Ocean Explorer Tim Taylor and his Lost 52 Expedition Team officially discovered the final resting place for the 49 Sailors of the U.S. submarine S-28 (SS-133) off Oahu, Hawaii. The U.S. Navy recently validated the identity of the wreck, which Taylor located in 2017.

The 4 July 2019 marks the 75th anniversary of the submarine loss, which was conducting exercises at the time she disappeared. “The discovery of the USS S-28 as part of my ‘Lost 52 Project’ continues to honour the men, their mission and their memory. It is important that they not be forgotten and that future generations recognize their invaluable sacrifice for our country and the world”, said Taylor.

Tim Taylor is a renowned ocean explorer, expedition leader, and underwater robotics expert who has spent twenty-nine years exploring the oceans. He has collaborated with noted geologists, marine biologists, archeologists, coral and shark scientists. His research vessel Tiburon was the platform for numerous scientific expeditions that included work with the Hawaiian Undersea Research Laboratory, Mote Marine Lab, Scripps, University of Miami, NOAA, National Geographic, National Science Foundation, and the US Navy. Taylor was inducted as a fellow in the Explorers Club in 2004 for his discovery of Sherwood Forrest, the sanctuaries cornerstone reef in the Florida Keys National Marine Sanctuaries.

In 2008, Taylor received the Explorers Club ‘Citation of Merit’ for his contributions to exploration. Over the past decade, his focus has been on the utilization of robotic technology in underwater expeditions. He pioneered a 1,500-metre deep AUV search for submerged cultural resources spanning three years and 1,800 square miles. His recent discoveries include three US WWII Submarines – The USS R-12, USS S-26 and the recently added USS S-28 discovered near Oahu, Hawaii, in 8,700 feet of water with 49 servicemen entombed.

He and his wife Christine Dennison are the recipients of the Brazil Navy League’s Medal-of-Honour and have been awarded the Brazilian Navy’s distinguished title of ‘Honorary Submariner’ for their discovery and ongoing research work of the USS R-12. To date, they have discovered the final resting places of 129 US Navy servicemen and two Brazilian officers.

Taylor has been profiled in the London Financial Times, The New York Times, Bloomberg News and is a regular contributor on FOX, CNBC, BBC, CBC and CNN as an ocean technology and robotics expert. He is president of Tiburon Subsea Services specializing in supplying autonomous underwater robotics and founder of Ocean Outreach, home of the ‘Lost 52 Project’ dedicated to educating the next generation of ocean advocates.

The ongoing multi-year project is supported by STEP Ventures, who are dedicated to continuing the work of the ‘Lost 52 Project’ and shares its commitment to preserving and honouring the legacy of the lost WWII submariners and the bravery of the sailors for future generations.

The keel of USS S-28 (SS-133) was laid down in April 1919, just months after the end of the First World War. Commissioned on 13 December 1923, the S-Class submarine spent 16 years taking part in various Navy exercises in the Caribbean and eventually the Pacific.

When Pearl Harbor was attacked on 7 December 1941 she was being overhauled at Mare Island Naval Shipyard outside of San Francisco, California. She was one of several S-boats put into service in World War II and was initially sent to Alaska to defend the Aleutians against a possible Japanese invasion. By mid-November, S-28 arrived at Pearl Harbor and for the next seven months trained in the waters around the island.

On 3 July 1944, S-28 embarked on an antisubmarine warfare training exercise off the coast of Oahu, Hawaii. During the training, communication became sporadic and the boat sent her last communication to the Coast Guard cutter Reliance in the evening of 4 July. The Navy’s search of the area did not reveal the location of the submarine and two days later, a diesel oil slick appeared in the area. Later, a Navy Court of Inquiry could not determine the cause of the loss. During her service in WWII, she completed six war patrols and earned one battle star.

“We’re thankful for the care and attention Tim and his team took in locating the wreck. Because of their efforts, we now know the final resting place of our shipmates. This discovery helps to ensure their service will always be remembered, honoured and valued and we hope provides some measure of closure to their families,” continued Cox.

S-28 (SS-133) rests in approximately 8,700 feet of water, which made locating the ship at the time impossible due to technological limitations of the era. After such an initial discovery, archeologists conducted exhaustive research to ensure its identity. In the case of S-28, the location at which it was discovered offered a key clue to its identity.

Following World War II, the U.S. tested ordnance and scuttled U.S. and Japanese ships in the vicinity of the wreck site. Records indicated that her sister ship, USS S-35, had been scuttled in that same area. Finding the subtle differences between the two series of S-class submarines demanded some technical expertise and analysis. Through Taylor’s research, paired with historical archives, the Naval History and Heritage team were able to positively identify the wreck comparing design differences. Records revealed the hulls had uniquely different cowling covers on the forward bow planes.

The investigators also considered some likely superstructure modifications and the probability that deck guns were removed from the S-35 before it was scuttled as possible indicators. Ultimately, however, the cowlings provided the evidence the team needed to make the final confirmation. “The differences in external configurations are minimal on these 100-year-old submarines, but the cowlings are a distinct indicator,” states Taylor.

Taylor’s team utilized advanced photogrammetry to create imaging that allows them to research the site long after they have returned to the dock. The data produced by their expedition was key in helping to confirm that they were looking at the S-28 and not the S-35.

The Lost 52 Expedition 2017 deploys state-of-the-art deep water autonomous underwater vehicles (AUVs) as well as remotely operated vehicles (ROVs). Tim Taylor has a reputation for working with the latest in undersea technology and with the top specialists in underwater exploration.

The Lost 52 Project is a long-term exploration and underwater archeological project that is documenting and preserving the story of the Lost 52 WWII Submarines, leaving a foundation of knowledge for future generations. Building on our current discoveries, ocean exploration and underwater robotics expertise, our team is organizing, executing and managing expeditions with the goal to discover and survey as many of the lost 52 US WWII submarines as possible. Information: www.lost52project.org.

Mon Aug 24 , 2020
The science and technology surrounding discovery, mitigation and clean-up of microplastics in the world’s environment makes this year’s “MTR100.” Here we offer insights on the organizations, people and technologies taking the lead. As marine journalists, scientists, technologists, activists and enthusiasts, we are aware of the large-scale impact that consumer macro-plastic […] 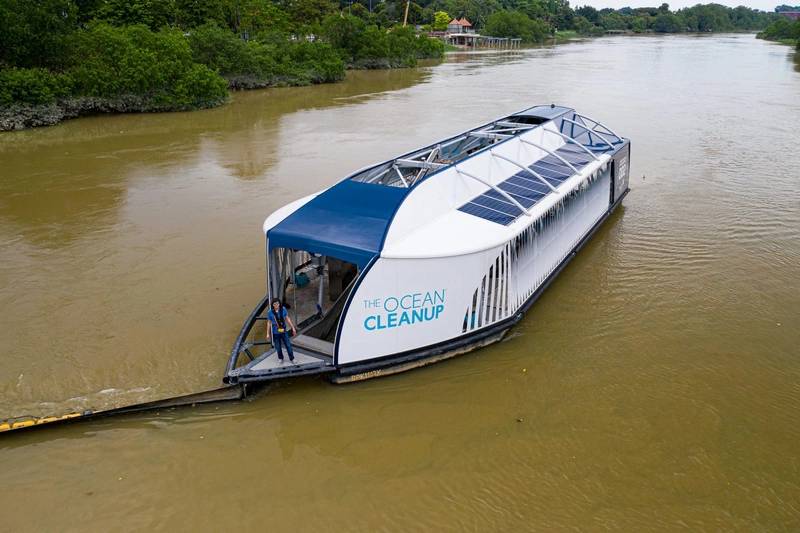