The Department of Veterans Affairs has announced plans for randomized testing of 700 veterans on the effectiveness of convalescent plasma in treating COVID-19, amid an open feud between public health agencies on its therapeutic value. “This trial will go a long way toward helping in the fight against COVID-19,” VA […]

The Department of Veterans Affairs has announced plans for randomized testing of 700 veterans on the effectiveness of convalescent plasma in treating COVID-19, amid an open feud between public health agencies on its therapeutic value.

“This trial will go a long way toward helping in the fight against COVID-19,” VA Secretary Robert Wilkie said. In the test, focused on veterans who are sick with the virus, and hospitalized as VA medical centers around the country, some will get convalescent plasma and some will receive a placebo for comparison.

Read Next: Army Reservist Is 7th Service Member to Die of COVID-19

The randomized test, announced Aug. 28, is part of an effort to begin providing data on the long-term effectiveness of convalescent plasma. VA went public with its plan days before the National Institutes of Health stated Tuesday that evidence was lacking to prove whether the treatment worked, or might cause harm.

A report by an NIH panel of more than three dozen experts charged that the Food and Drug Administration (FDA) went ahead with approval of emergency use authorization (EUA) for convalescent plasma without doing the randomized testing needed to justify its use.

The FDA had previously allowed the use of convalescent plasma as an “investigational treatment” for COVID-19. More than 72,000 patients thus far have received it, according to the Department of Health and Human Services.

The VA has allowed the use of convalescent plasma for seriously ill patients in some instances, and there have been anecdotal reports of quick recoveries by patients who were on ventilators.

In addition, the U.S. military in May announced a program to begin testing troops for COVID-19 antibodies, then asking them for voluntary blood donations.

At a May 29 virtual Pentagon town hall meeting, Joint Chiefs Chairman Gen. Mark Milley said that troops might be asked to “stick your arm out” to draw blood for use as a novel coronavirus therapy. He said the military is “doing some antibody testing right now, and we’re expanding that.”

“We’ll be doing antibody testing for critical Tier One units, such as those who go into subs or the nuclear triad or some of our quick-reaction forces. So the short answer is, yes, for the antibody testing,” Milley said.

The FDA approved emergency use of convalescent plasma a day after President Donald Trump sent out an Aug. 22 tweet suggesting that “deep state” influence at the FDA might be holding up approval of vaccines and therapeutics.

“The deep state, or whoever, over at the FDA is making it very difficult for drug companies to get people in order to test the vaccines and therapeutics,” Trump said. “Obviously, they are hoping to delay the answer until after November 3rd. Must focus on speed and saving lives!”

The next day, White House Chief of Staff Mark Meadows said on ABC News’ “This Week” that Trump’s tweet was meant to be “about cutting red tape” and pressing those at the FDA who don’t share his “sense of urgency.”

At a White House news conference with Trump the same day, FDA Commissioner Dr. Stephen Hahn announced the emergency use authorization of convalescent plasma and cited statistics from preliminary studies suggesting that 35 out of 100 seriously ill patients would recover.

Trump called the FDA’s action “historic,” and described the treatment as “a powerful therapy” made possible “by marshaling the full power of the federal government.”

Critics immediately charged that Hahn had grossly exaggerated the survival rate statistics from a Mayo Clinic preliminary study, and Hahn backtracked the next day.

“I have been criticized for remarks I made Sunday night about the benefits of convalescent plasma. The criticism is entirely justified,” Hahn said in a Twitter post.

Both Dr. Anthony Fauci, director of the National Institute of Allergy and Infectious Diseases, and Dr. Stephen Collins, director of NIH, had warned before the FDA approved emergency use of convalescent plasma that the anecdotal evidence of its effectiveness needed to be verified by solid data from random testing.

— Richard Sisk can be reached at [email protected]

Instant Pot now makes a coffee and espresso machine, and there’s only one place to get it

Fri Sep 18 , 2020
Our team is dedicated to finding and telling you more about the products and deals we love. If you love them too and decide to purchase through the links below, we may receive a commission. Pricing and availability are subject to change. The company behind the beloved Instant Pot pressure […] 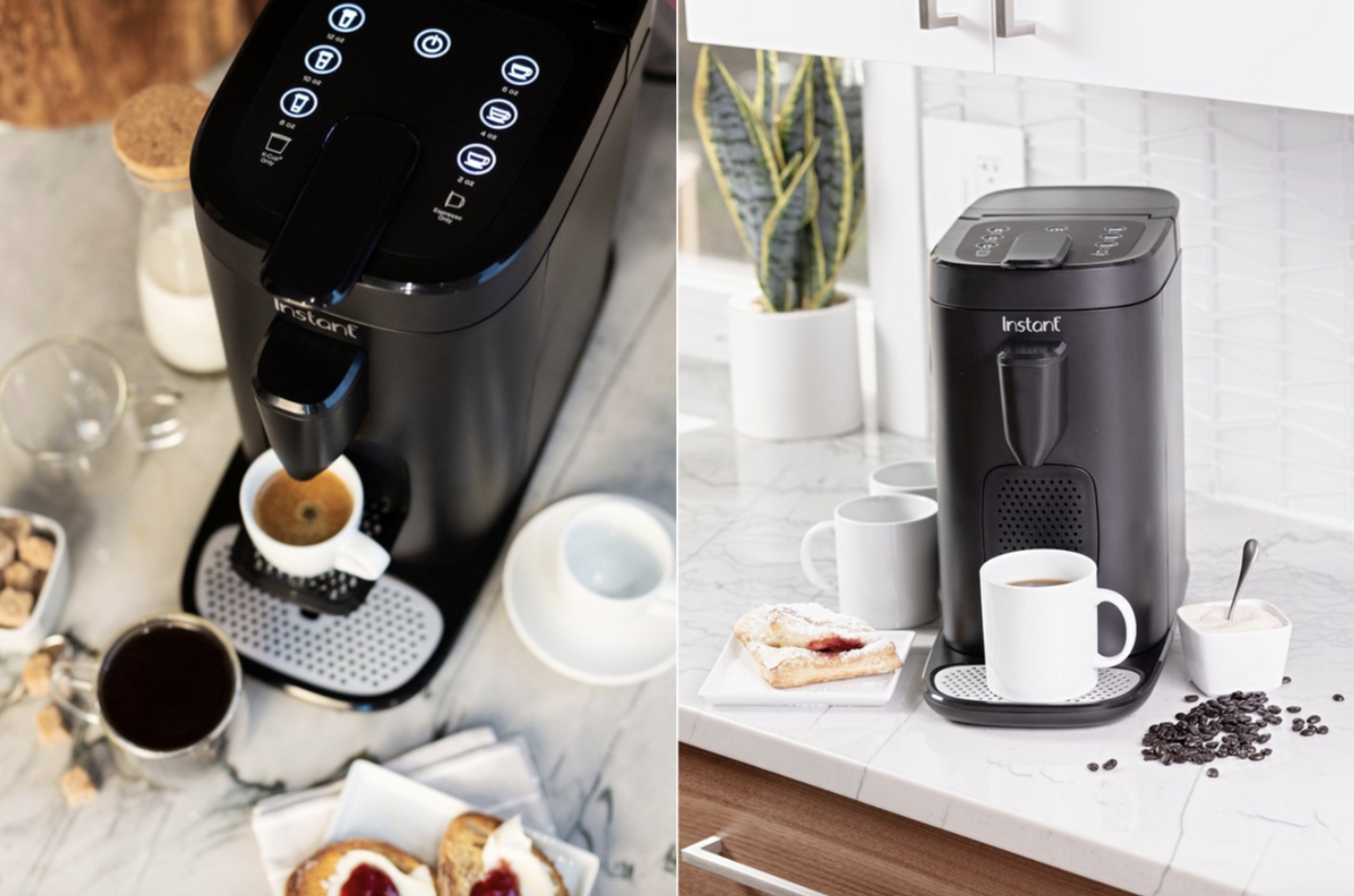