PUBLISHED: 15:50 09 September 2020 | UPDATED: 15:56 09 September 2020 Sea King (c) Airwolfhound, Flickr (CC BY 2.0) Archant If it was working before… An unexpected loss of power challenges a Search and Rescue pilot during a test flight − and offers a broader lesson on coping with emergencies […]

If it was working before… An unexpected loss of power challenges a Search and Rescue pilot during a test flight − and offers a broader lesson on coping with emergencies | Words: Al Potter

Images in the article are for illustration purposes, not the aircraft involved in the story

It was the mid-nineties and I was a new pilot flying Search and Rescue Sea Kings for the Royal Air Force. This was, simply, my dream job. Like others in the operational category of co-pilot, I was also authorised as a captain for training flights.

One day, after one of my twenty-four-hour periods on duty in Yorkshire, we had an urgent task to check the performance of our engines−a directive directly issued by the manufacturer. We had a first crew who did the first standby aircraft and I was in the second crew, who were to do the second aircraft−simple!

Now, as ever with aviation, things dragged on. The other pilot in our crew needed to go somewhere else−code for ‘the junior guy can do this’−and I was left as the only pilot to carry out the check flight.

I talked to the other crew members and we decided we could do it with me as captain, a qualified crewman in the left-hand seat and two engineers down the back, to collect the data. Deal! 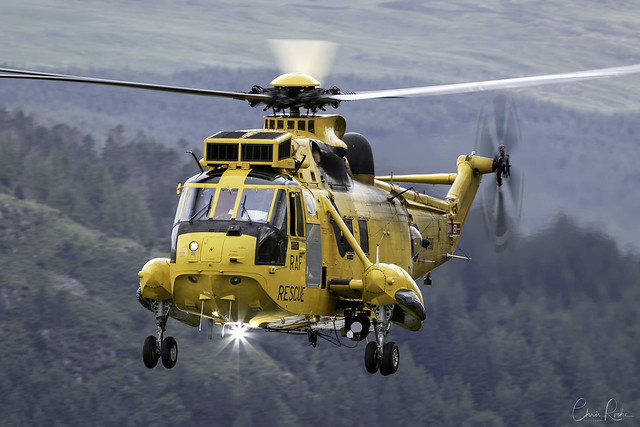 Now you have to remember that I had been rear crew before I became a pilot, however I was under thirty and therefore invincible, which counteracted the sense hammered into me by crewman training.

We did a comprehensive brief. We read through the directive, which frankly was fairly complex. We had to test each engine in turn by selecting manual throttle and backing off the other engine.

We needed to be at height scarily above 5,000 feet (and that makes me relate to Pat Malone’s recent article about height and helicopter pilots).

The altitude was such that we would reach the engine governor limit−the very thing we were testing−before hitting the turbine temperature limit. Got it? We had to read the writing again. And again. 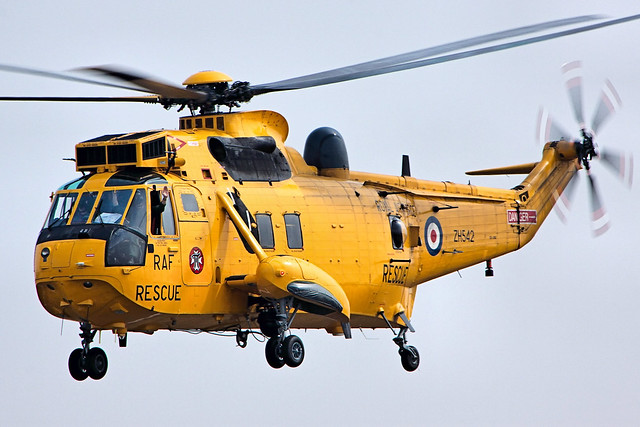 We also worked out we needed to be heavy, otherwise we would need oxygen with the resulting rate of climb. Phew! Also, we had to get a move on to beat night time arriving, since we couldn’t test in the dark.

So, we were passing 3,500ft in a high power climb to get to above 5,000ft. Thinking I could speed this up, I decided to back off the non-test engine, reducing our rate of climb but setting us up for the test.

The test engine then had to be put in manual control by getting the crewman to pull down a black and yellow lever from the ceiling.

There is a well rehearsed, complex bit of operating procedure that gets this bit done and all crews are well versed in it. Now came the tricky bit, pushing the manual throttle forward until the engine governor said ‘no more’.

To keep the rotors attached you need to raise the collective lever to contain the rotor speed. Actually, this all worked out really well but we were now at about 7,500ft-plus.

I levelled off and then went through the procedure to put the engine back into computer control. Here things went wrong very rapidly, resulting in me entering autorotation as the Nr (rotor speed) decayed extremely quickly to the minimum allowed in flight.

A few things happened at this moment. The good bit: I said loudly “I’m flying the aircraft first, we are into wind and pointed at a huge field”−all that learning was paying off! The two engineers went pale and shot down the back to strap in.

The crewman in the left-hand seat didn’t say much but looked at me in hope. Clearly the change over to computer was just a bit too much, so I thought that if I raised the lever, the engine would drive and all would be good. 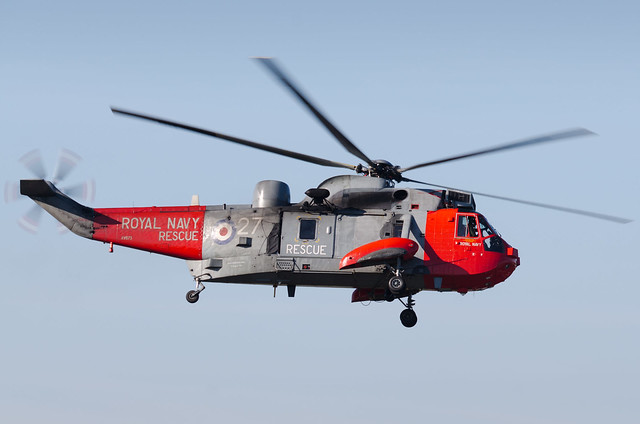 I raised the lever but the rotor speed decayed further, so I re-enterered autorotation. Ok this isn’t good. Both engines were running but neither was driving.

I was in what appeared to be a perfectly serviceable Sea King. No gearbox issues, no noises heard, so what to do? Oh, and we were going down rather quickly!

I gained the crewman’s attention and told him to grab the other engine’s normal throttle and push it fully forward. I then repeated raising the lever and… the engine was driving!

Phew, we were saved−and still lined up on a very large field. Remember the bit about being heavy? I now needed the second engine to help arrest the rate of descent! We did the same again, and at about 500ft agl we were level and returning to base. 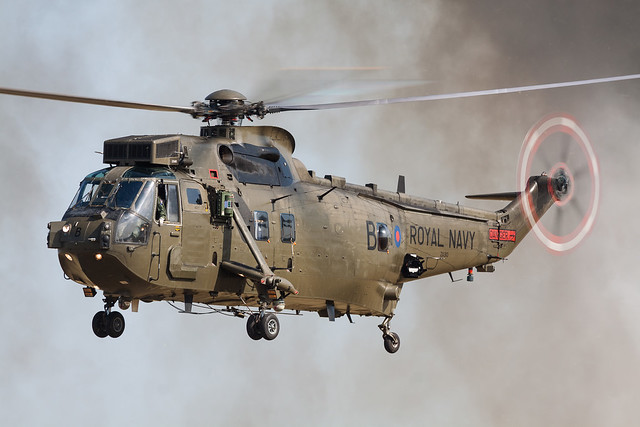 So what did I learn about flying from that? What went wrong? I was clearly shaken on return, where I met the pilots from the other crew, who were some of our most experienced.

We replayed the entire sequence and for some time we could not figure out what had happened.

But−and here is the moment I kicked myself −they said “why didn’t you just reverse what you had done and put it back in manual?” Despite the hours of training to do just that, it hadn’t occurred to me at the time!

But why did the aircraft behave that way? Remember I was climbing when I put the test engine into manual? That freezes the computer at the current power setting−98% torque. 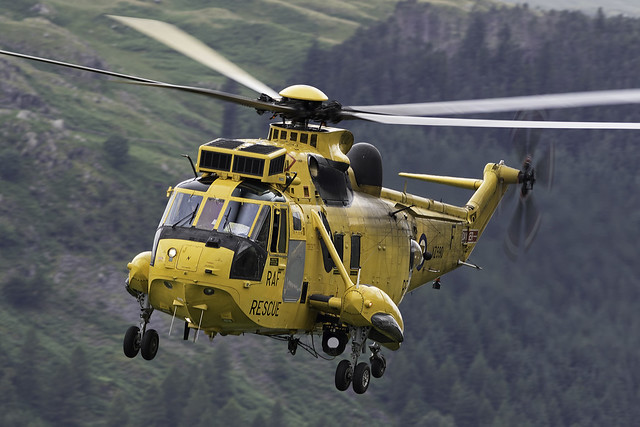 The rotor sped up, the sensors sensed it, they closed the throttle, and the rotor speed decayed as the engine power shut off. Obvious really, in an armchair later on!

Lesson for the Squadron? After that it was two pilots for all air tests. Anybody in the cabin had to have a crewman with them.

So, we changed the rules. And as for me, I deeply engraved in my head the phrase ‘if it was working before, put it back to where it was’!

Wed Sep 16 , 2020
The ELEPHONE brand is well known for their interesting and affordable phone models, but the scope of their production is much wider. They are also dabbling in the audio accessories like TWS earphones or smart devices like webcameras or even smartwatch models. And according to our insider information that’s exactly […] 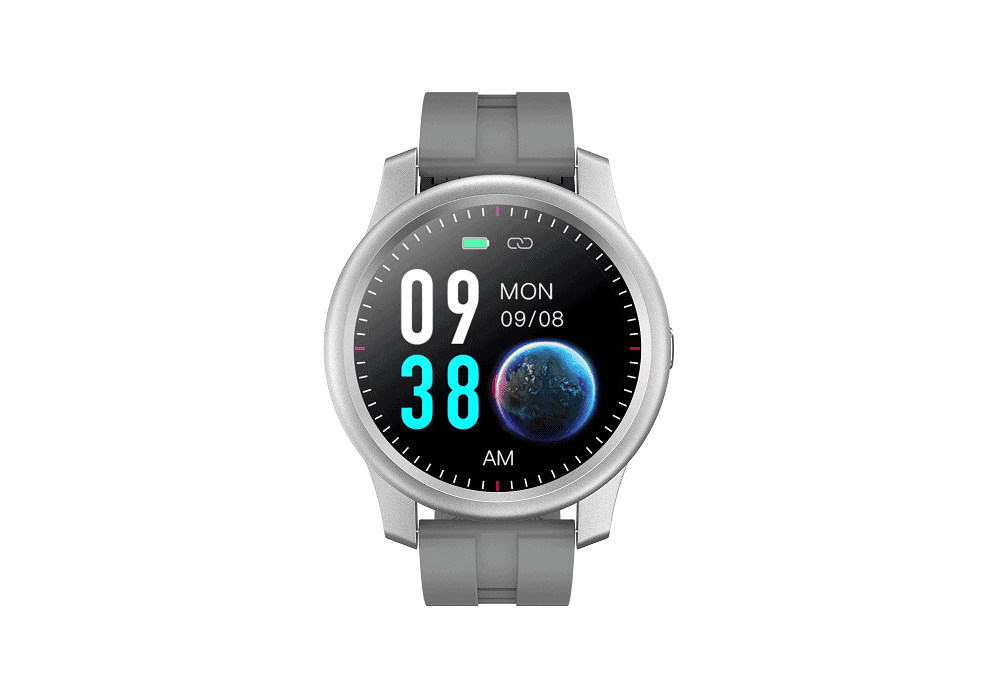